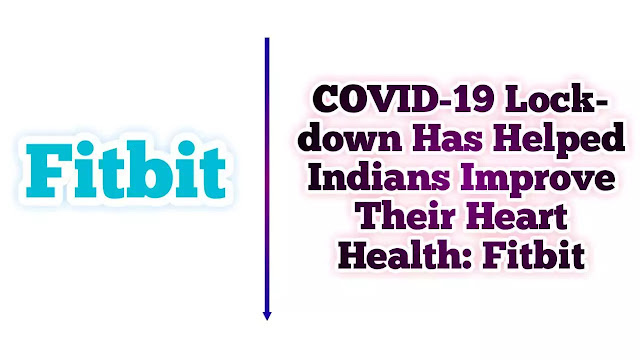 This report is given by Fitbit as an analysis of its user. Few physical activities why down the average in routine during COVID-19lockdown, but is it is is found to be a good option for improving heart rate in India’s resting heart rate is one of the signs a heart rate beats per minute in the normal state or a state of rest.

The app is not only used to fitness tracking but can also be used as an alt guide for Once potential health issues such as
As Fitbit recorded fewer physical activities as being indoor during the lockdown, being indoor during the lockdown, it found an inverse effect over its users’ health. Of all these, as a decrease in hard resting rate and according to Fitbit there could be two possible reasons for India’s reduce step count.
those two factors could be:-
The average sleep duration in India has shown with an increment of 13.8 1 minutes, as according to  Fitbit having less and inappropriate sleep can result in several negative effects on resting heart rate. Moreover, bedtime variability could also be the reason for decrease rest heart rate as reducing bedtime variability means more consistent bedtime. In India, bedtime variabilities have reduced by 7.7 minutes from January to April.
The Fitbit data showed that much younger user across the world has experienced the largest decline in resting heart rate and it’s different among the different age groups. the widest change is seen among the 18 -29  age group, as their routine has shown so many changes during this lockdown.
India Spain Mexico France and Singapore show the biggest improvement.

Q1. Is the fitness tracker Fitbit worth the money?

Ans. Yes, Fitbit is worth money because it fully analysis your body and prepares the realtime report which helps one to increase their physical fitness. So it is a really great app for fitness lovers or who to live a fit or healthy life.

Q2.How does Fitbit figure out that I’m sleeping?

Ans. Fitbit measures movement. When we sleep, our framework goes through various stages. During the REM stage of the rapid eye movement phase, our muscles relax and we are essentially paralyzed. This is the stage of sleep when dreams come. Fitbit calculates that you are not moving and therefore forecast that you are in a sleep. When you start moving again, you have entered into non-REM sleep, which the Fitbit also picks upon. Finally, when you awake in the morning, you are moving more.